When you wake up on an unfamiliar couch, your skin cold and your heart silent in your chest, everything feels like a dream.

It's all a blur. You remember an invitation, a strange figure, the sharp teeth sinking into your throat...and a blinding flash of light. Blood splattering against the walls.

What happened? Who turned you?  What strange powers did they awaken inside your body?

Dive into the underworld of Sin City as a newly reborn vampire—and reveal a sinister truth beneath the glittering neon lights.

We also aim to present a world with diverse characters and identities, as well as implementing inclusive options to make RE:P enjoyable for as many players as possible.

RE:P will be available to play in its earliest development stages via our Patreon in Q4 2021/Q1 2022, before we enter Early Access on Steam in 2022. We want to hear your feedback on choices, NPCs, and character customization so we can indulge your vampiric dreams!

An option will be included to censor some abusive/graphic content.
Player discretion is advised.

Okay, silly question but will this be available on itch.io?
by SparkleMarkle · 2 posts
172d
Android
by nurrymizuno · 1 post
1y
I'm so excited!
by kombuchas · 6 posts
1y
Yessss
by JodieBBlake · 1 post
1y
Story
by silverhorse · 1 post
1y
Post a new topicView all posts 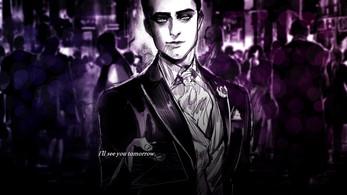 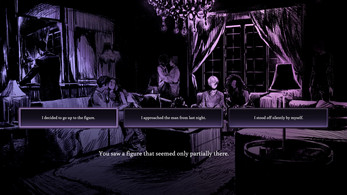 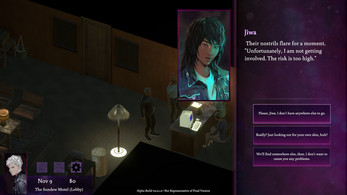 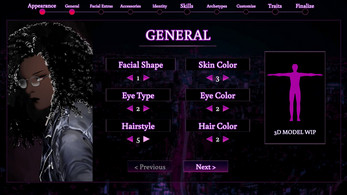 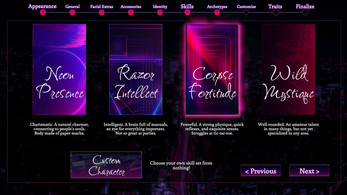 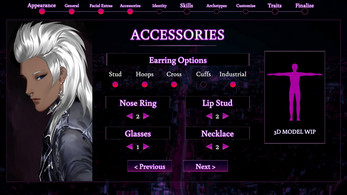 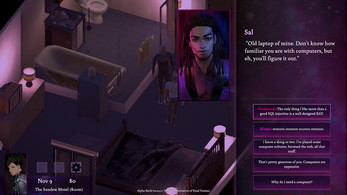